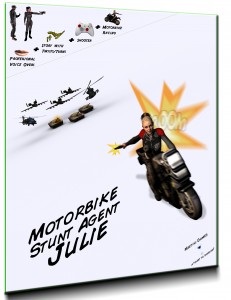 Motorbike Stunt Agent Julie features a novel combination of two-stick-shooter and motorbike racing game.
While helping the French agent Julie Cevoir on her hunt for super villain Dr. Kreutzer you have to master bike physics while clearing the way off enemies. In twenty increasingly challenging missions preceded by an extensive tutorial the story is told in professionally recorded dialogs and comic stills.

Using the motorbike’s nitro boost you can bomb down the landscape while chaining jumps, flips and kills. The more spectacular your combos get, the higher you score and the more health you can regenerate. 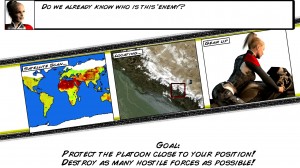 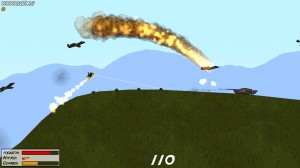 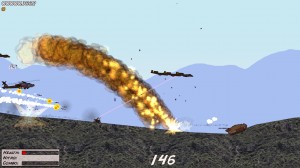 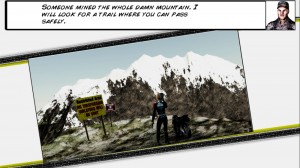 The story trailer gives a good impression of both the professional voice overs and the action-packed gameplay:

The presskit is available here:

The video can be downloaded for mirror hosting here: